“He was back to where he belonged, but he was different from within, he could sense the shift in him. He knew he would have to work with what was given to him. He would have to see for himself the qualities he had within him and try to make the most of them. He would have to live with the fact that his hooves would never go, his wide teeth would remain a part of his features, and he would have to learn to love whatever he had so that he could get some balance into his life.”
‘Shrayan’ is a revelation of what humanity has become and how it must rise from the mess it has created itself. What starts off as an ordinary novel about a man-monster creature arising from the darkness, away from the cruel gaze of the world in a forest, finally reaches the destination that was never planned but was to be.
There are two ways of perceiving this novel-
o You either see it as a novel with a protagonist who is trying hard to come to terms with a new world it is not used to, how the character encounters new people, strange situations and unknown sensations and emotions.
o Or, you see yourself reflected in a character that could be any one of us. You see a reflection of the human race, how it strives to garner all that it can for itself, hurting others in the process, losing a lot in the ordeal but still carrying on.
Due credit needs to be given to the author Abha Iyengar for creating a character that arises from the darker side of humanity- a part of which exists in all of us- suppressed into submission in some and, widely activated into negative thought and deed in some.
Like Shrayan, we all aspire to be understood, to be loved. Like Shrayan we take the help of an inherent talent or ability for comfort when trust betrays and love fails.
Like Shrayan, our human hearts desire more than they deserve and when we are denied our little materialistic, sensuous pleasures, we mess up our lives until destiny and karma eventually show us our paths. Whether that path comes just in time or too late for Shrayan, that we get to know when we reach the conclusion of the book.
Abha honestly mentions very early in the book, in the acknowledgements in fact, that a science fiction writing workshop served to be her source of inspiration for the theme of this book. Shrayan is a different kind of novel, unlike the usual stereotype. Definitely not for those expecting a normal human hero.
A perfect novel for those who love delving into a world that exists in the deep pool of our subconscious thoughts and emotions.

“He could live from day to day, take each day as it came to him unbidden, and then hope that his last breath came early and without pain. And even if it came with pain, he would not protest. He had experienced a painless non-existent life of pleasure sometime, and it had left him wanting and needing pain, to experience that he was alive, that hunger could affect him, that the sun could make him crave shelter, that the rain could prick him into a feeling of exhilaration. He was glad that he was free to feel and experience what he wanted. He was at least not beholden to anyone but himself. Even as he was, hungry and tired, he could sleep under the open sky with the moon smiling down at him and asking for nothing in return, not for his freedom, definitely.”
Beautiful lines….. 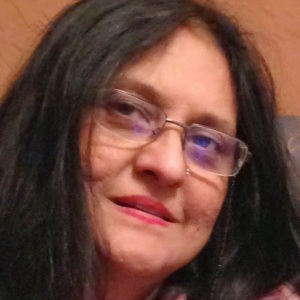